I have eaten in 48hours more Gelati than I ever did before, because Italians do it better than anyone else. In the City on Water, gelaterias are everywhere and the majority of them are tourist traps. One place that stood out and was often mentioned in the city guides was Gelateria Nico.

Two options for this spot: take away or have a seat on their terrass overlooking the Gran Canal. You have to be warned that the seating menu is different with higher prices. We wanted to enjoy the sunny terrass and try gelati à la carte, which are not available for take away. Trying to be adventurous I randomly chose a cookie sandwich gelato. When the server brought it, it looked really good: thin biscuit with a scoop of creamy yet unknown gelato flavor. I was all wrong: it was plain ice « panna », whipped cream in ice version. It had no particular taste and was too rich for me. I just ate one bite, and was sadly unable to finish it. 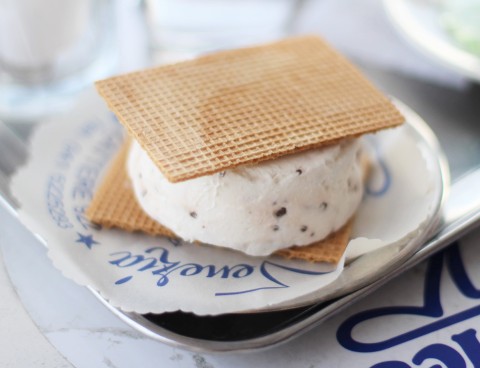 For giving another chance to Nico and catch up, I chose two classic flavors and this time nothing exotic: pistaccio and tiramisu scoops. They were extremely flavorful, and helped me forget my previous order. 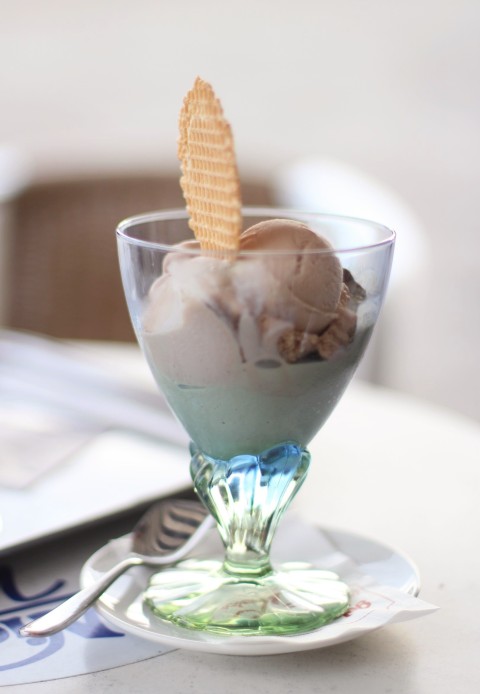 I returned there the next day before heading to the airport and tried a « Gianduiotto », as I saw the locals ordering it. Served in a more longer cup than the usual one, it looks like a dense cloud topped with a bloc of chocolate gelato. The « panna » seems to contain more eggs than the french version and is sugar free. The consistency and the taste are like stiffly beaten eggs white. I usually do not like Chantilly – the french version of whipped cream, the italian version did not convince me either. You have to give a try to Gianduiotto, to discover how the italian whipped cream tastes. Maybe you will appreciate it more than I did! 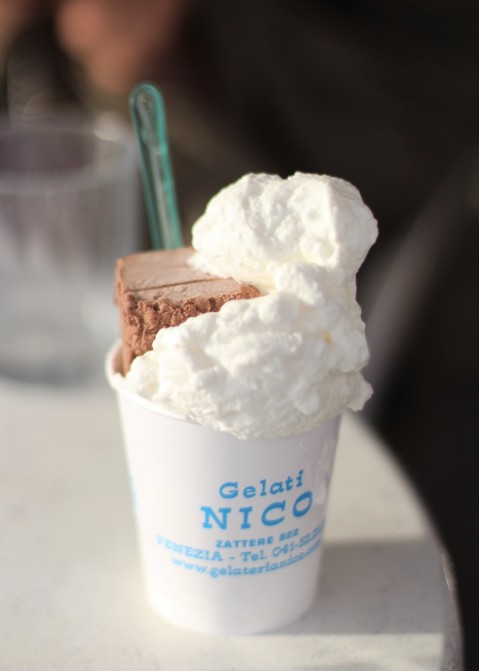 Grom should not be overlooked on your Gelato quest because it is a chain. The first Grom has opened in 2003 in Turin and has expanded worldwide since then. Their gelati can be appreciated in Paris, New York and Osaka.

Not only the price is lower in Italy (in Paris the medium pot is 4€70, here it was 3€20), they also have several addresses through Venice, perfect for satisfying a quality gelato in touristic areas. 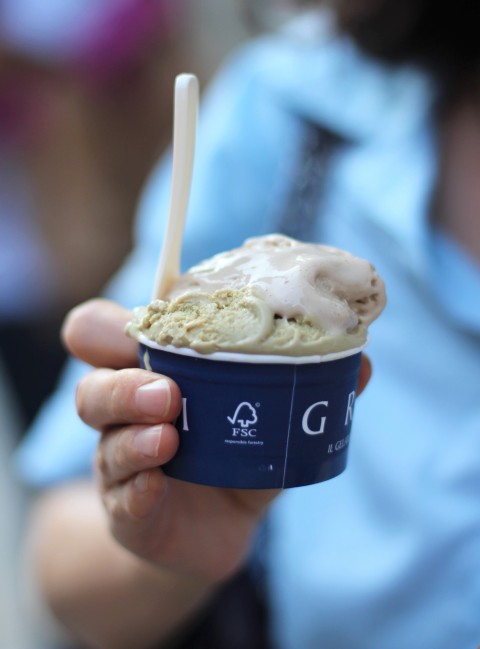 Grom proposes gelati made « come una volta » – « like in the old days ». They have the particularity to melt fastly: it means that they are prepared with high quality fresh milk and most importantly that no thickener were added.